Ho Sung Choi, whose unorthodox “fisherman’s swing” has made him an internet sensation, has received a sponsor exemption to play in the 2019 John Deere Classic, July 8-14, at TPC Deere Run in Silvis, Illinois.

The 45-year-old self-taught South Korea native won the 2018 Casio World Open on the Japan Golf Tour, one of four international victories for the late-bloomer.

“We’re excited to welcome Ho Sung Choi to the John Deere Classic,” said tournament director Clair Peterson.  “We think our fans will enjoy his unique style of play as well as his fun personality.”

The John Deere Classic will be Choi’s second event on the PGA Tour and in the United States.  Earlier this season, he played in the AT&T Pebble Beach Pro-Am, where he and his amateur partner were in the same foursome as Green Bay Packers quarterback Aaron Rodgers, who requested Choi be in his group.

The term “fisherman’s swing” originated with a regular Japan Golf Tour photographer who thought Choi’s swing looked like a fisherman throwing his hook to get a catch, according to an article by Mike McAllister on pgatour.com.

Choi first developed his current swing in 2013 while trying to hit a shot out of the deep rough.  When he found that his helicopter action helped add 13 yards to his tee shots, it soon became his “standard” swing. His average drives now travel approximately 285 yards, giving him one less club to hit into on the green on his second shot (to a par 4).

Choi’s fascinating personal story started with his boyhood in a seaside town 230 miles southeast of Seoul, where his father worked hard as a small fisherman and his mother a diver.  He lost part of his thumb in an accident at a specialized fishing industry school, though the thumb later was reattached with skin from his stomach.

Choi didn’t take up golf until he was 19 while working a part-time job in a pro shop at a course in South Korea. Unable to afford lessons, he read golf instructional books and initially tried to imitate the swings of the game’s greats.

Now, Choi has a swing – and a story - uniquely his own. 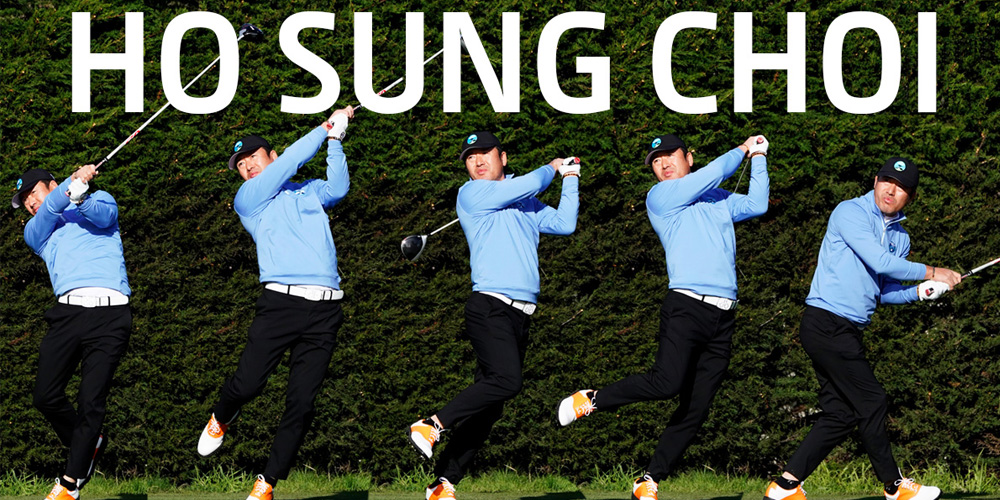